Free yourself from social anxiety and enjoy Fresher’s Week

Up and down the country young adults are unpacking boxes, putting up posters on the newly-painted walls and developing budgets that will enable them to live on just a few pounds a week.

Starting university is an exciting time – a rite of passage - when teenagers cross the line from being regarded a children to becoming a fully-functioning adults. Many young people will embrace the change, but for others the transition from living at home to cohabiting with lots of strangers will be a daunting and formidable event; one that necessitates leaving behind the comfort of home and the familiarity of your current network of friends and family.

A study published by the American Psychological Association in 2013 looks at the importance of friends and social networks during adolescence and young adulthood. It explains about our need to gather knowledge and information from a diverse range of sources and relationships during this period of your life.

There is no getting away from it, we need friends. Ironically, the older we get, the harder it seems to be to make new ones!

Feeling anxious about this need to meet new people and establish new friendships is absolutely normal. This social anxiety may present itself in any or all of the following thought patterns:

A feeling that we are not perfect, which can leave us feeling self-conscious and awkward
Who is? Very often we are our own worst critics and our self-perception is skewed. We dislike things about ourselves that others would not even notice.

A fear that new people will realise we are not perfect, when our ‘old’ friends have learnt to accept us as we are
People are selfish and are much more interested in what you think of them than what they think of you. We all have an innate need to be liked and this means we often don’t notice as much about others as we should.

A realisation that we get nervous in new social situations and can ‘clam’ up
This is not uncommon and often can be managed with some simple visualisation techniques. Let’s be honest, this is probably the reason so many Fresher’s events take place in, or near, a bar. Alcohol takes the edge off people’s nervousness and everyone is in the same boat.

A trepidation that any lull in conversation will be interpreted as arrogance or disinterest
Making new friends is like dating, it’s only over time that silences are not deemed awkward. Think about making new friends as being on a discovery mission and stock yourself up with interesting discussion points before you set off.

A concern that other people are far more interesting
All social anxiety comes from an innate feeling of not being good enough – why would people want to talk to you? What value do you add to the situation? Why would people be friends with you when there are many more interesting people about? The reality is that 50% of the people in the room will be feeling exactly the same way!


There’s no escaping the fact that social anxiety can be tricky to deal with, as it often isn’t grounded in any truth. It is all about self-perception and how we feel about ourselves – and this becomes extremely distorted under stress. So, is there anything we can do to ease the situation? After all, no-one wants to be alone during Fresher’s Weeks, do they?

A recent study found that the reason it was more difficult to make friends as we get older is simply because we don’t find ourselves in the same consistent gatherings as we do when we’re younger. It’s easy to form new relationships when you have a ready-made supply of people to try and connect with, like your school classmates, for example.

It also highlights the fact that many friendships stay limited within their ‘container’ - for example, a class or activity - until someone initiates a gathering outside of it. So, if friendships aren’t practised outside of the container, they simply perish when the activity or class ends. With this in mind, here are three top tips to making new friends as we get older.

Join groups and clubs that you’re really interested in


You’ll meet like-minded people which will help to keep the conversation flowing. You don’t need to worry about people turning up or having an off week, because the group is already established.

Be the one that dares to take the friendship ‘outside’


Many friendships never progress simply because they were kept contained within a specific environment, e.g. the fitness class. Be brave and ask new friends to join you for a coffee, to the library – whatever it takes to build the friendship

Hang on in there…


Your existing social network was built up over years, creating a new one will take time too.


Posted by First Psychology Scotland at 20:08 No comments:

How to deal with anxiety in children 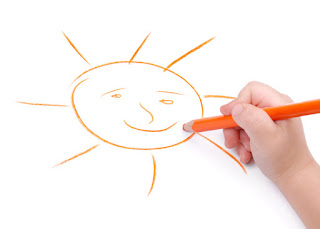 None of us wants to see a child unhappy, but the best way to help kids overcome anxiety isn’t to try to remove stressors that trigger it. It’s to help them learn to function as well as they can, even when they’re anxious. And as a bi-product of that, the anxiety will decrease or fall away over time.

Remember: the goal isn’t to eliminate anxiety, but to help a child manage it.

It is natural to feel anxious when dealing with changes to our usual routine – starting school is a good example of one of these changes. Often, your child won’t know the words to explain what they’re feeling, but if any of the following is becoming an issue, chances are your child is anxious about something:


We’ve developed six top tips to help guide your child through times of change and help manage their anxiety.

1. Don’t avoid things just because they make a child anxious


Helping children avoid the things they're afraid of may make them feel better in the short term, but in the long run it just reinforces the anxiety. It is normal for a child in an uncomfortable situation to get upset. They’re not being manipulative; they just need help to deal with the situation. If we shield them from their fears they will never build personal resilience, which can only lead to problems as they get older.

2. Create a soothing routine at home


Children seek comfort in what they know and understand to be true. During times of change, such as starting school, the most effective thing you can do at home, is keep your home routine as regular as possible. It provides a constant to the child and helps them understand that while some things may change in their lives, other things remain exactly the same. This helps them contain their anxiety and manage their feelings.

3. Help them to visualise success


Talk to your children about the positive outcomes relating to the changes they’re experiencing. Meeting new people means making new friends; additional homework is an opportunity to learn new information; every problem is just an opportunity when reframed and presented back to us.


It can be hard dealing with a child who is going through an anxious phase in their life. Remember that the best thing you can do is keep things together. Get plenty of sleep and rest so that you are ‘present’ and able to deal with their questions, reservations and uncertainties. It can be draining – so you’ve got to be physically and mentally prepared to deal with it.


Set time aside in the morning to address your ‘to do’ list and return emails. These are tasks that often get addressed at night and often take us away from spending time with our children, when they most need it. Keep them busy. Get them involved in your day to day routine too – have them empty the dishwasher, pair up the socks or make their own lunch – this helps them see that there’s more to life than what they’re anxious about.


It may not seem right to have fun when your child is in an anxious state, but it definitely is! Everyone needs to recharge their batteries. It’s okay to say to your child: “I need to take time out so I have lots more energy to help you.” This is good parenting. Your down time can include your child too – do the things that make you smile together; spend time doing activities you both enjoy – this will help you AND your child remember that anxiety is not the only thing going on.


Child anxiety is tricky to deal with, but we all go through it. Keep focused, keep grounded and you can weather the storm together, coming out stronger the other side.

Posted by First Psychology Scotland at 10:00 No comments: