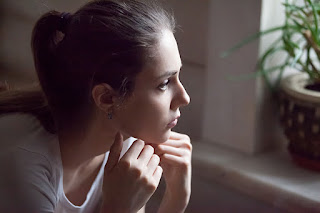 How many times have you second guessed someone’s intentions only to find that you were way off the mark? This is something many of us do on a regular basis without considering the consequences beforehand.

Usually when we’re second guessing, it’s because we’re not aware of all the facts – and the negative chatter in our heads instantly assumes the worst. For example, a work colleague may have told you that she liked what you were wearing. To most people, this would be taken as a compliment, but you might think they were being sarcastic and making fun of you. Not only can this cause an unnecessary argument with the person if you were to verbalise your suspicion, but if you didn’t express your thoughts, negative feelings such as hurt or anger could start to affect your mental wellbeing over time.

One of the main problems with thinking negative thoughts is that we don’t question them. When these kinds of thoughts go unresolved, it can affect our mood and lead to issues such as anxiety and stress. Often when we choose not to confront our thoughts, it’s because we subconsciously know that we could be jumping to the wrong conclusions. We don’t want to appear paranoid or unreasonable, so we keep the thoughts to ourselves.

In order to stop second guessing people and making assumptions, we need to rewire how we think.

Imagine the following scenario… (not uncommon prior to social distancing)

You invite friends and family over for a dinner party. After the meal, who offers to help you clear everything away? You’ll likely find that each guest acts differently. Someone might offer to help you; someone might disappear to the bathroom; and someone else might remain seated and carry on chatting.

Everyone has a different response because everyone is different and has their own individual personalities. Just because people don’t act or react in the same way that you would, it doesn’t mean that they are intentionally wanting to hurt or upset you.

However, there are also several other ways you can stop second guessing.

How to stop second guessing people

Posted by First Psychology Scotland at 15:11 No comments:

Walk your way to good health 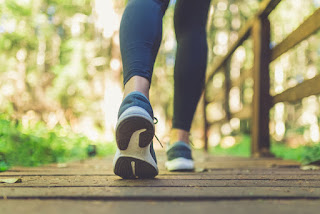 Because it’s something that we do on a daily basis without giving it much thought, and let's face it, we don’t always break into a sweat, many people often overlook walking as a form of aerobic exercise. But walking has many health benefits and is an excellent way to keep both our mind and body in shape.

For most of us, walking is a simple form of aerobic exercise that we can incorporate into our daily routine. Unlike more rigorous exercise such as running, gym sessions or competitive sports, walking rarely poses a risk of injury and it can be much more enjoyable than an intense workout.


Walking is in the news at the moment because it is one of the UK Government's suggested methods of taking some daily exercise and it's easy to do alone or in family groups, with little equipment, and direct from our front door.

There are many health benefits of walking that not only improve our physical fitness, but also our mental wellbeing.

Just 30 minutes of moderate walking every day can make a huge difference to our overall wellbeing and health. You might think that is a lot of time to squeeze into a normal busy day, but when everything is back to normal, the corona virus lockdown has ended, and your busy schedule resumes, you can break it down into small chunks, say ten minutes three times a day, you’ll be surprised at how easily you can keep walking and increase your step count. By making small changes in your routine, the time spent walking will soon increase, and it will become a habit that you won’t want to live without.

There are lots of ways you can introduce walking into your day-to-day life and, before you know it, it will have become second nature.

Ways to increase your step count

Please note that many of these options assume a normal level of freedom and we are not suggesting that anyone goes against the current lockdown situation, we are simply listing the options for when things return to normal.


Walk4Life is a fantastic resource that encourages you to walk more. On the website you’ll find places to walk, maps, walking challenges and walking groups. Not only will you be improving your mental and physical health, you could make lots of new friends, too!
Posted by First Psychology Scotland at 16:37 No comments: